BREI® – I PROTAGONISTI E I PROGETTI DEL REAL ESTATE IN ITALIA (“Real Estate protagonists and projects in Italy”) is the second edition of NIC Nuove Idee di Comunicazione’s successful publication. BREI was featured in a dedicated section of the 24 Ore Group’s stand at the 2013 EIRE property expo.

This second edition of BREI® proclaims, even more loudly, our nation’s huge potential for attracting investment and capital in spite of the undeniable difficulties presented by the global economy. With this in mind, the projects described by the “key players” are also presented in Russian, because the idea of “Made in Italy” can have just as much resonance in countries that view us as a benchmark. BREI offers an additional vehicle for promoting Italian products and services in the markets of the former Soviet Union.

It is a project inspired by change, by the challenge of constantly renewing ourselves, or, in the words of Il Sole 24 Ore journalist Evelina Marchesini, who edited the book and wrote the foreword: “Change. Because it is only through a profound and radical change that we can emerge from this crisis, as though we were throwing ourselves into a wave, and coming out the other side. And risk. Because if we are not prepared to take risks, we will be left with nothing.

This is the essence of the challenge we face: to believe in the future and have the courage to be innovative in what we do and what we are. A new path is opening up for the Italian property sector, and the least we can do is to let the markets know. And this includes markets outside of Italy. It is a challenge that BREI is proud to take on in this difficult year.” 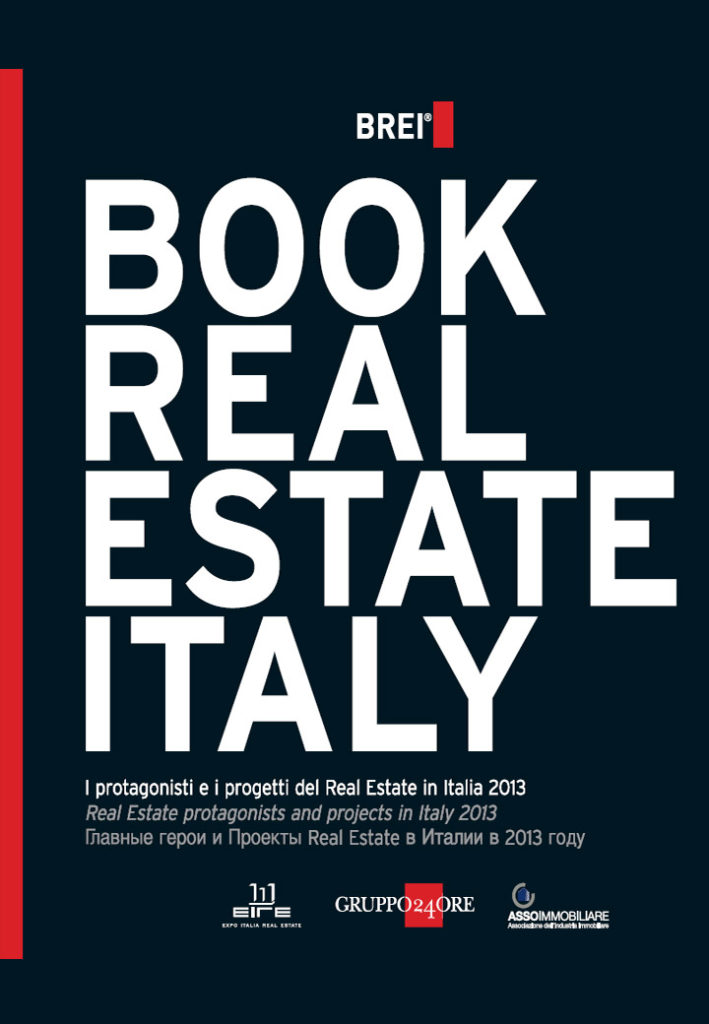 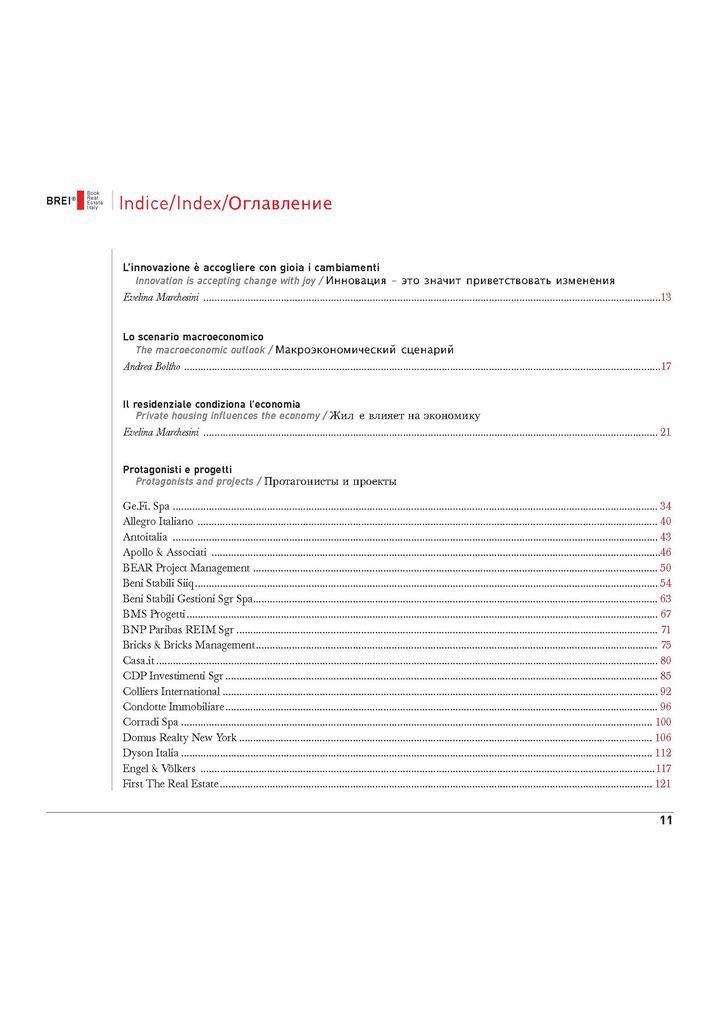 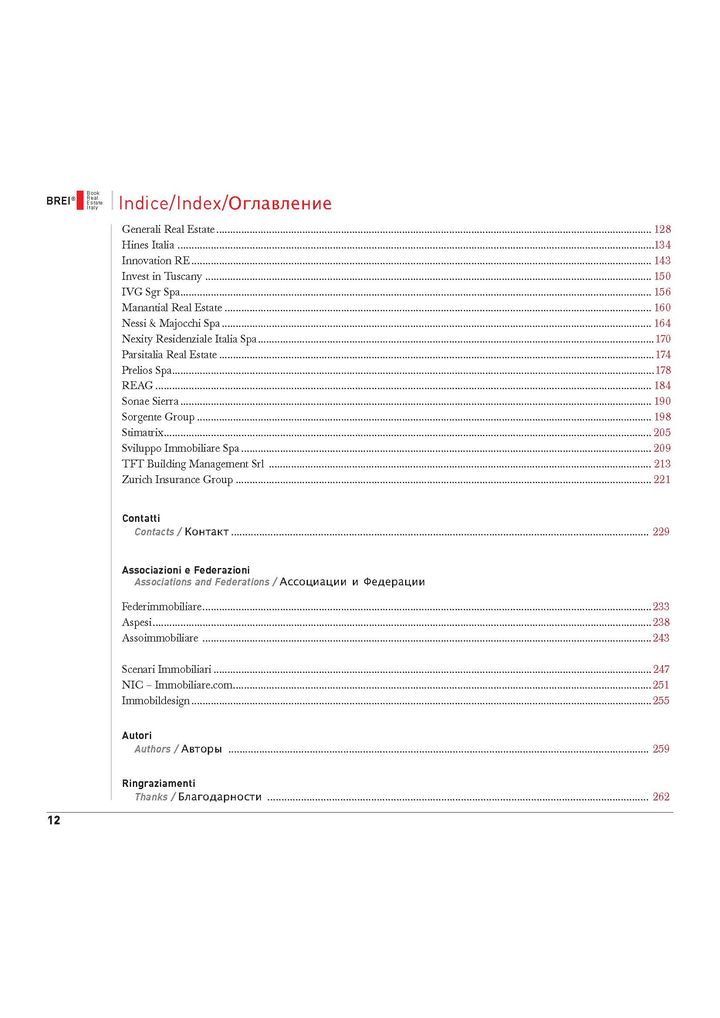 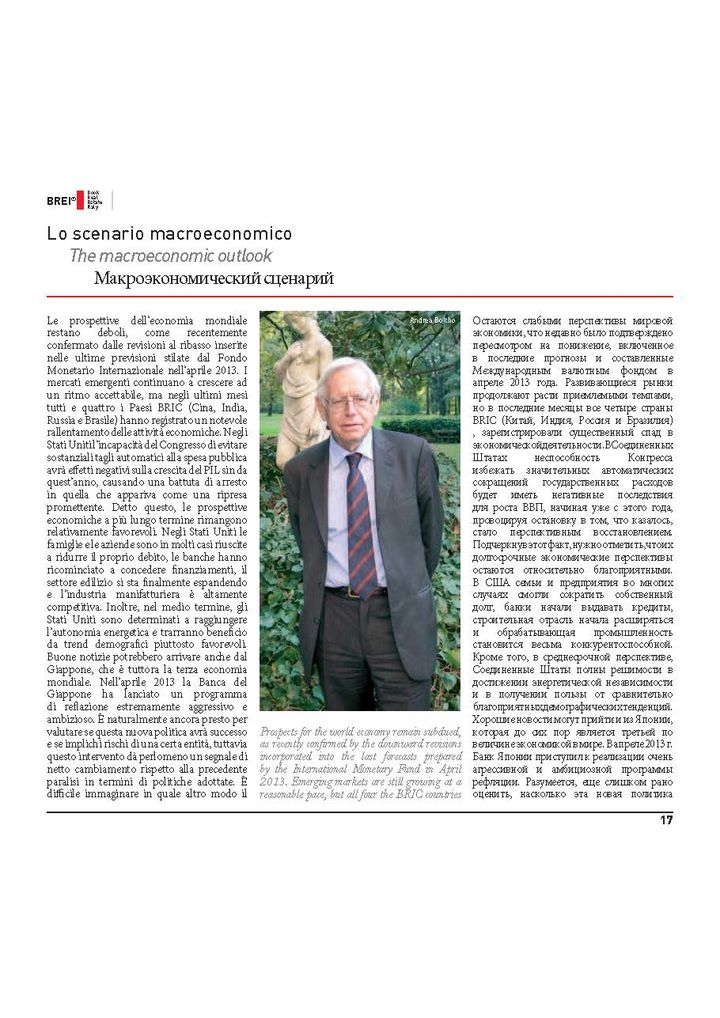 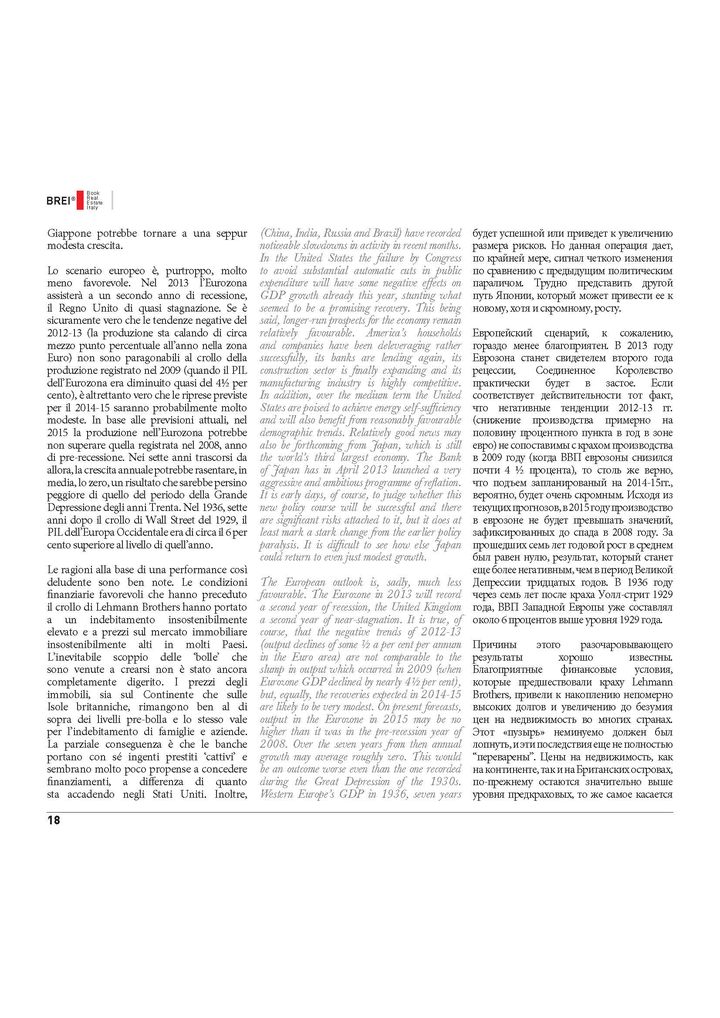 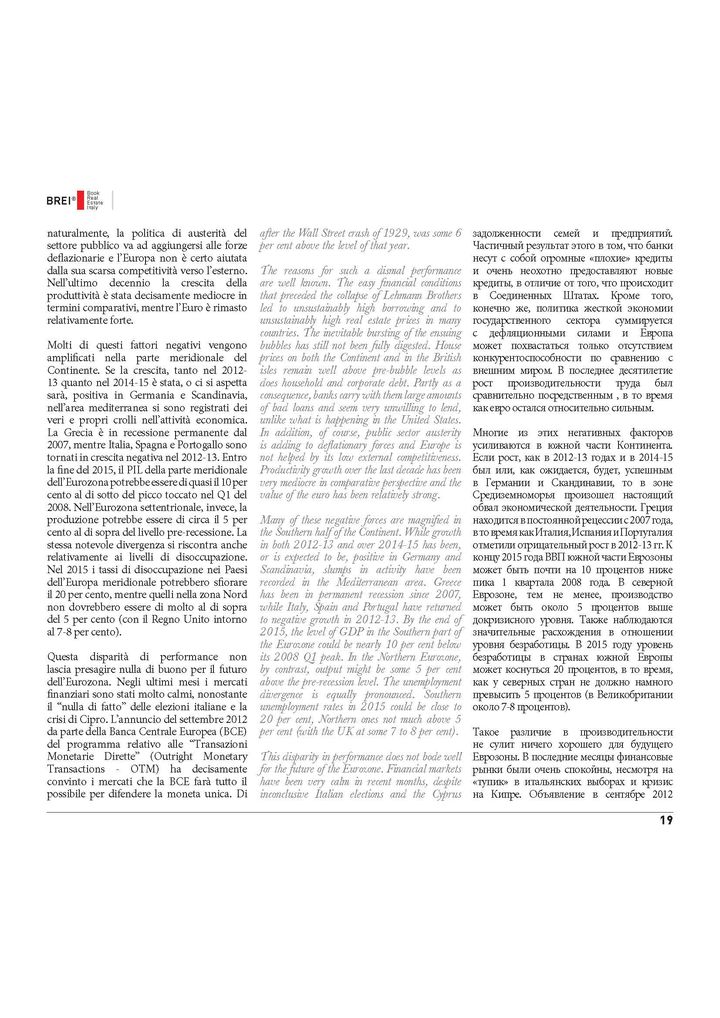 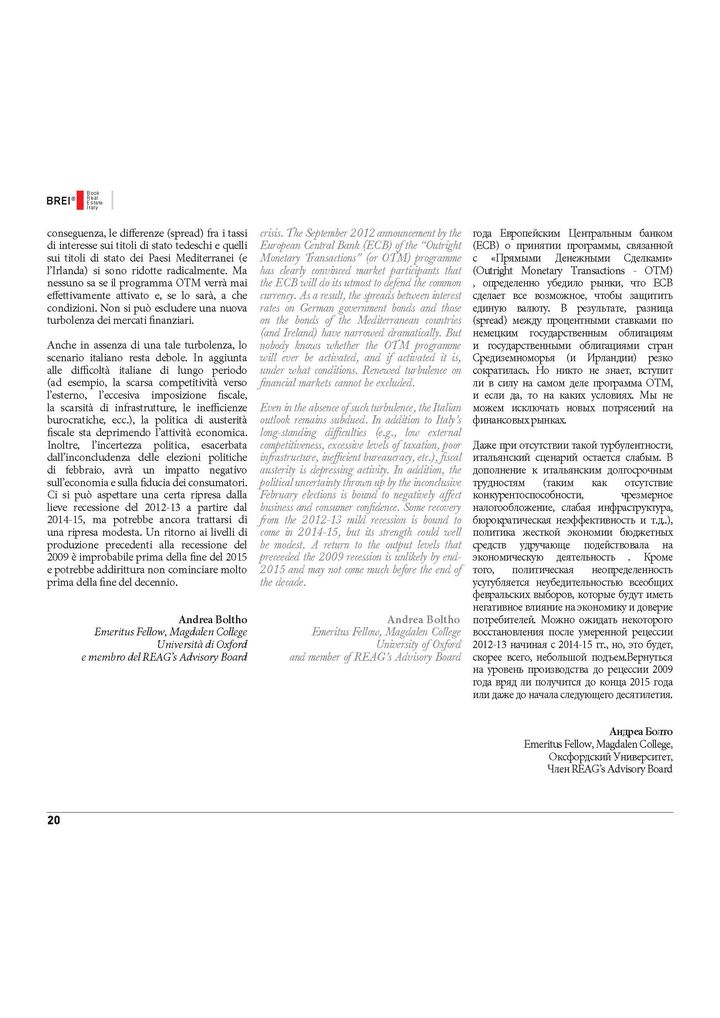 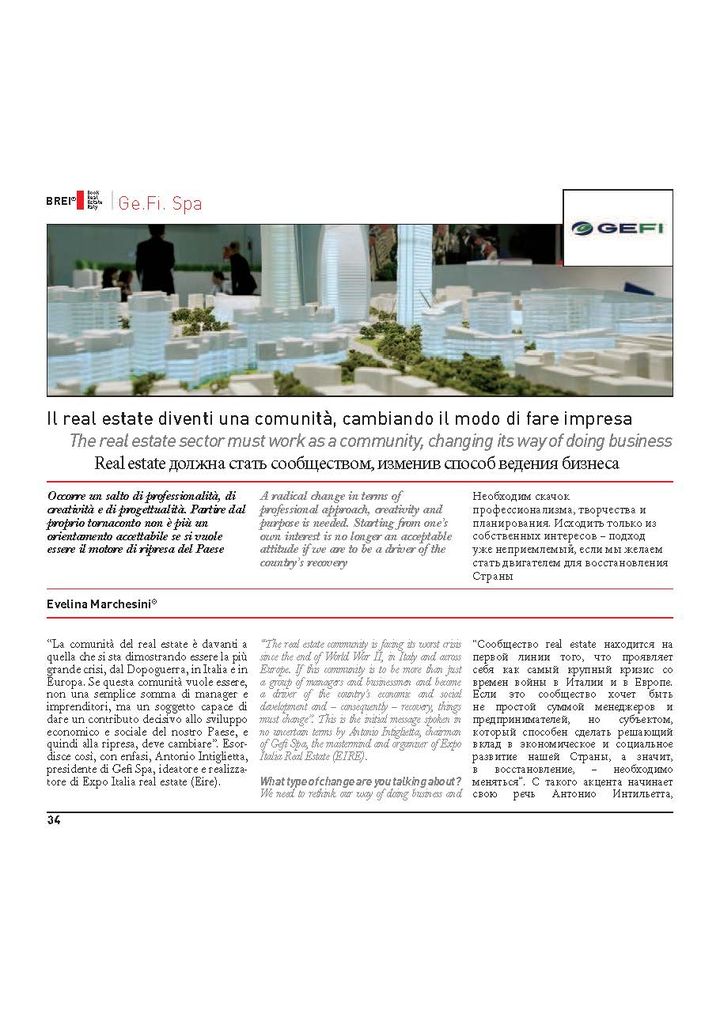 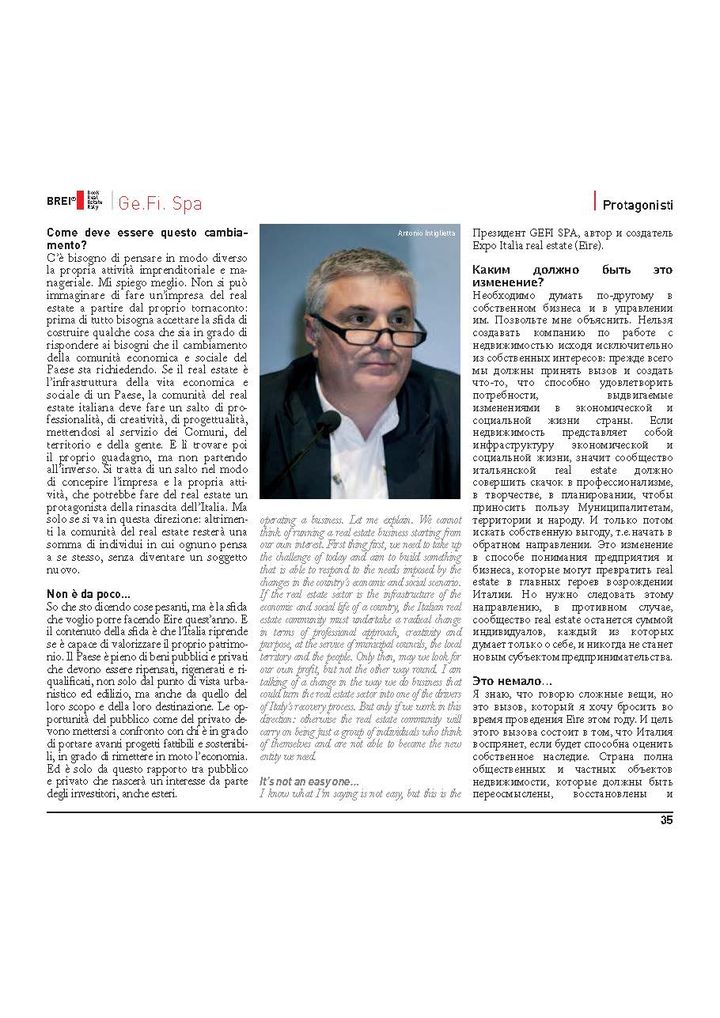 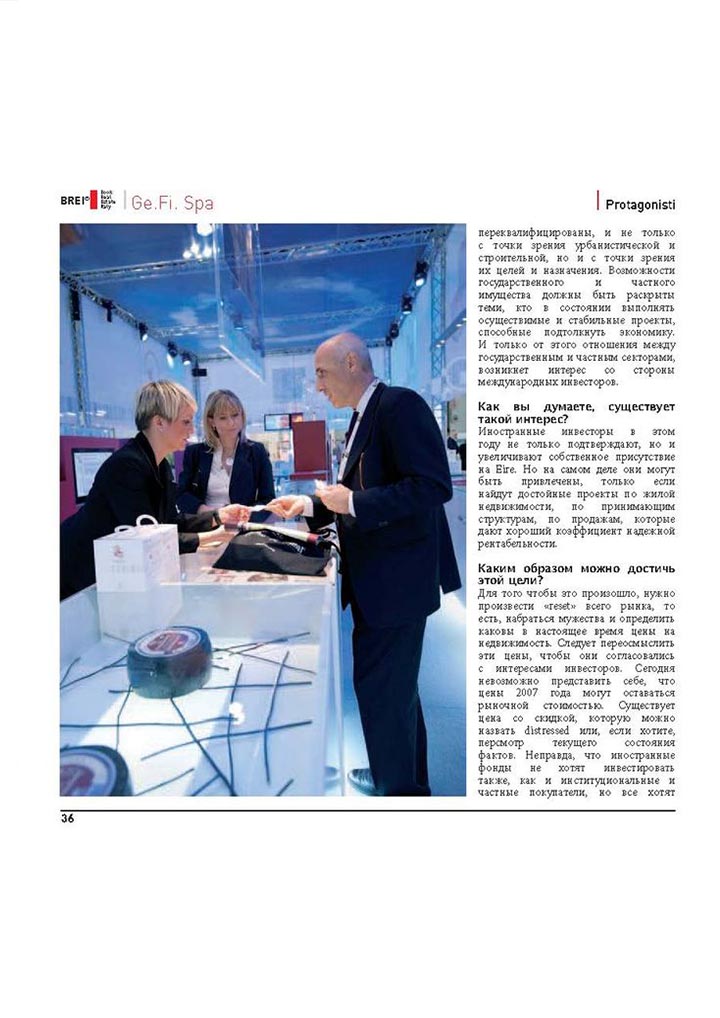 NIC developed the 2012 edition of BREI Book Real Estate Italy in the hope of identifying the key players and projects of Italy’s property industry, and hold them up as evidence of the strength and potential of Italian manufacturing and industry. It was a worthy, if ambitious project, and the first in a long series. Such have been the results – which were better than anticipated – we can be forgiven for boasting that it solicited the enthusiastic participation of many companies, all of whom believe entirely in what they are doing and approach their work with vigour, foresight and passion.

These companies are open to the new challenges presented by the market. They look beyond our borders to Europe and the world’s most rapidly developing countries, exporting a strong, determined way of doing businesses and a culture that is unsurpassed. Success today requires teamwork, cohesiveness. Yes, cohesion, association: words that today’s economic operators might normally struggle to utter. But our foreign competitors are united, organised. They are supported by rich governments. Unity is key, the joining of ideas, of forces, of capital.

This volume was produced by NIC in collaboration with such associations, specifically the member associations of Federimmobiliare and Assoimmobiliare. We believe associations represent the future. By adopting an associate approach, we have a stronger voice that can make itself heard, not only at the level of our own national institutions, but internationally as well. It allows us to present a united, cohesive front in terms of what we have to offer to markets in our own country, and abroad.